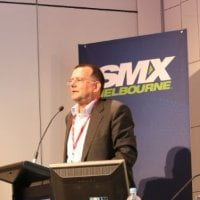 Monte Huebsch:              Used to be Schlitz Breweries, but then they got Milwaukee Brewery and they had the brewers there for a while, it’s a lot of things in Milwaukee.

Monte Huebsch:              Okay, well, aussieweb, which is aussieweb.com.au  as a business directory, Bob, got about 1,200,000 listings, it’s free for Australian businesses to list in and it’s basically an opportunity, because it’s highly indexed by Google, it’s one of the top 10 directories in Australia, it’s just a way for them to have a bigger foot print or profile on the internet and it’s absolutely 100% free.

Monte Huebsch:              Yep, you can have a listing, it allows you to upload images about your business, you can put up YouTube videos, you can put links to your social media and as I said it’s one of the top 10 destinations for people in Australia that look for local businesses as a business directory-

Monte Huebsch:              In fact, once you get outside the census world of yellow and white pages, aussieweb is probably about number five.

Monte Huebsch:              Right, we got a separate website called aussiewebconversion.com, which is our business side that does Google adverts, which is the paper click advertising auction system that Google runs and we also do search engine optimisation. In both cases we’re just trying to get businesses on the front page of Google, so they can get more customers, leads and prospects.

Monte Huebsch:              Thanks, I appreciate that, we are the longest serving Google partner in the Australian, New Zealand environment, over 10 years and we have won two years in a row their top net promoter score for customer service.

Monte Huebsch:              That’s an interesting question, because I wondered how I ended up with these Audis. The very first car I had in America, in Milwaukee, as a 16 year old boy was a Audi Super 90. A little manual, front wheel drive, British racing green car, that my father had bought for me from Chicago. I had to go to Chicago and drive it back and I had to learn how to drive a stick on the way back.

Monte Huebsch:              That was my first car. Since then, I’ve had Mercedes, I’ve had Hondas, I’ve had Jeeps and all of them for different reasons. When I was raising my young son, the Jeep was good to go four wheel driving up and down on the beach north of Noosa, as he became older and didn’t want to be with his dad anymore on the beach, I shifted cars and then I made the mistake of winning a weekend in an Audi as a prize that you bid to raise money for homeless women or something and I took the car for a drive over a weekend and went away and I came back and said, “This is nice, maybe I’ll buy one of these.” And that’s how ended up back with Audis and I’m glad.

Bob:                                       Good. We’ve got one more question about cars before we wrap up, but I’m gonna throw this back to you. What is the biggest challenge that small business operators have when it comes to the internet and the online presence of the company and the success or otherwise of selling online?

Monte Huebsch:              There’s a big challenge and change that’s happening in the internet space, Bob, and you’ve been around long enough in the space to be able to resonate with what I’m gonna say. When the internet first came out and like I said I’ve been in Australia 28 years, so in the early days, call it 15, 20 years ago, I used to ask how many people in the room had an email address and only a third of the hands went up. Pretty much now, everybody’s got an email address. But in those early days, the internet was a real friend to small business, because they could actually get on there, big corporations thought it was all a fad, they weren’t spending any money. Little businesses could get up very quickly and be very, very successful on the internet. So to me who likes working with small businesses, those years are the frontier years of the internet were really great for small business. And Australians being early adapters of technology was great as well. Lots of small companies were big success.

Unfortunately the internet has grown and now it’s harder and harder for small businesses unless they’re in a very specialised area to succeed. Because if you were to try to search for a Bed & Breakfast in the north shores of Brisbane up in Manly or north shores of Sydney up in Manly, you’d find Airbnb, WhatIf, Expedia, the small B&B’s can no longer compete. The big players have moved in and that’s true across the internet in a number of areas. It’s true in real estate, it’s true in employment, the biggest challenge for small businesses, they either need to be part of a larger aggregator or a portal or they have to have a very unique service offering, so that they can stand out where big organisations aren’t.

Monte Huebsch:              Again, it’s a great question and it’s an evolving question, beyond just their website with the advent of social media. Fortunately today, websites can be built for a very inexpensive amount of money and if they’re built on an open platform like WordPress, they actually can be maintained and fresh content and images put up there and you don’t have to be a computer geek to be able to do it if you can run your mobile phone, you can literally run your website. If you’re asking for sophisticated things, you still have to go back to the web developer. But if it’s adding new content about your business or changing some information on products or service offerings, you can do that today on WordPress, without having to be a computer geek.

Monte Huebsch:              Fresh content, original content, Google is part of their algorhythm will analyse how recently you made changes. And as wealthy as a company as Google is, they still have to look after their resources as well, so they will send a bot that’ll index your site and they will come back in a week and if they don’t see any changes, they’ll come back in two weeks. If they don’t see any changes, they’ll come back in a month. And you teach it not to come back, because you’re not adding any fresh content. It’s a good idea to at least put some modifications or new information up there on a monthly basis and it will then train Google to keep coming back every month to see things new and index you.

Monte Huebsch:              Absolutely, we mentioned aussieweb earlier, aussieweb has got 1,200,000 listings. There’s 100 listings that are modified every day. As a result the Google bot literally lives on the site, it never leaves my site, it’s constantly re-indexing content.

Monte Huebsch:              That’s an interesting question, when I bought the Audi TT, which you know I’ve only had for about six months, it was kind of a dream car, because it’s convertible and it goes fast and I’ve actually asked myself that question since then. How much faster and stupider can you get? And I would guess that the car that I’d want to buy next will probably be an electric car-