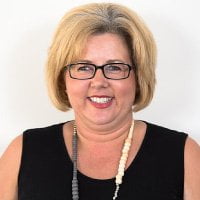 Bob Aldons:                        And good morning and welcome to What’s in Your Garage? Today I’m very, very pleased to have the Senior Manager, Public Relations for Mazda Australia, Karla Leach with me.

Karla Leach:                        I had Laurissa for about a year, but she had unfortunately been in a serious accident before I bought her, which I wasn’t aware of, and had a bit of a leaking problem in her bonnet and dashboard. So living in Melbourne, whenever it rained, she filled up with rain in the front foot well, so I moved on and moved to a more conservative but similar model, I moved to a Ford Meteor instead.

Bob Aldons:                        Yeah, I was selling Fords back in Laser and Meteor times, and they brought out the Meteor and called it that because they didn’t have a medium-sized sedan, and not long after the Meteor came out, they had a thing called a Ford Telstar.

Karla Leach:                        We have a fabulous dealer network who not only sell lots of cars but service the cars and look after customers. We have an amazing product, really great design that’s distinctive but also very accessible, so a lot of Australians have the ability to buy Mazda, enjoy some really nice, stylish design.

Karla Leach:                        The other thing is that Mazda is generally known as a very reliable car; so reliability, particularly for families, is really important, so you don’t want to feel like you could break down at any moment, and Mazda has a very strong track record in the area.