Ready to do Battle with a Car Maker? 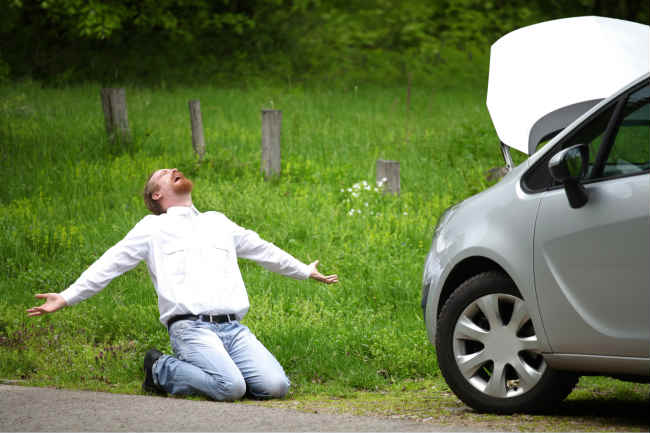 Ready to do battle with a car maker?

And here we go – your nearly new car has just stopped and the manufacturer’s dealer has advised you that it’s out of warranty and that you have to pay thousands to get it fixed.

Well, think again. Dealers will tell you just about anything to avoid the difficult conversation about your rights under Australian Consumer Law.

One of the most pleasing aspects of being in the Car Business is helping car owners fight for their rights against big car companies.

I don’t advertise my services. All of the people I’ve helped have come from referrals or friends of friends. Frankly, if I advertised I’d be doing nothing but fighting car manufacturers. And let me tell you, it’s frustrating and dementing.

I’ve discussed it at a BBQ – over a few drinks, but this is only the second time I’ve put it in my blog.

Here’s a recent story from Julia of Brisbane (Named changed)

The car had been serviced on time by Ford dealers, so I contacted Ford Australia. They considered the issues and wrote back to me that they wouldn’t do anything about it.

Bob listened to my issues and then inspected all the paperwork I had. He thought that there was a 50/50 chance to get a win.

Well, 5 months later, after Bob going backwards and forward to Ford Australia, Ford agreed to pay for the transmission and I agreed to pay the labour.

You’ve got to fight for the right!

A dealer cannot point you to the manufacturer if they are the selling dealer. Under Australian Consumer Law, the dealer is the responsible party. If you purchased the car privately, that can be a different story.

Selling dealers are specifically not allowed to avoid the issues that you have with your car. Manufacturers should take urgent action to educate its dealer network, in my opinion.

Under Australian Consumer Law, legislation is in place that a manufacturer of anything from a toaster to an aeroplane must provide a warranty, regardless of the status of a warranty (e.g. Ford’s 3 years/100,000klm) and that the product being sold must meet reasonable expectations of the consumer as far as durability is concerned.

Whilst I’ve had a bit of experience as far as consumer law is concerned, I’m not a lawyer. But a reasonable person would expect that a transmission in a modern car should last more than 80,000klm.

So when I looked at Julia’s claim, I thought there was a reasonable chance of success against Ford Australia to have the transmission replaced at their cost.

It’s important that you start off as a nice person. There’s nothing to be gained initially by being angry and loud with the dealer.

If you get no the first time, it’s appropriate to upscale the complaint. This is where you’ll choose an advocate or lawyer to assist.

You see, since 1st January 2011, manufacturers have a responsibility under Australian Consumer Law to provide an item that a consumer can expect to last.

There are two ways to go about this.

The ACCC says there are five things you should put in a letter. You should follow them carefully.

If you don’t want to waste your precious time, then you should discuss this matter with your lawyer or a competent car industry advocate

Any competent lawyer or advocate will carefully check whether you have a chance of winning a battle with the manufacturer.

In Julia’s case, after a number of no’s from Ford Australia, we submitted a claim to Queensland’s Civil and Administrative Tribunal. (QCAT)

And that’s a big win for the good guys.

This is how you fight. The only issue is how long it actually takes. If the manufacturer, in this case, Ford Australia, wants to string it out, they can and will. Julia’s case took 5 months, but we had a win.

Here’s a snap history of the cases I’ve taken on, win or lose

If you think you have a righteous argument against a car manufacturer, and you don’t want to do it yourself, get in touch with me.

I’ve had over 40 years’ experience in the car business, and I can determine quickly whether you have a chance to win.

I Fight for Fair!